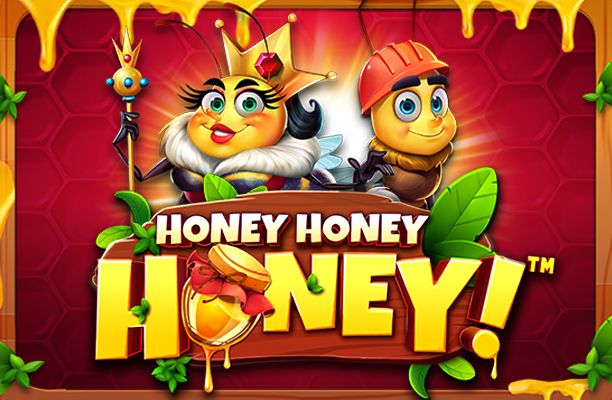 Honey Honey Honey slot is a colourful game resembling a kids’ cartoon with a soundtrack to match. The game is set in a lush forest where pollen fills the air and a transparent grid dripping in honey displays symbols related to honey production. The lower value symbol, represented by the well-known card symbols, are covered in honey too. Higher paying symbols include different flowers in full bloom, pots of honey, beehives representing the bonus symbol and a worker bee complete with hard-hat functions as the Wild. The highest paying symbol after the Wild is the game’s logo. It can appear stacked and pays 20 times your stake for 5 of a kind.